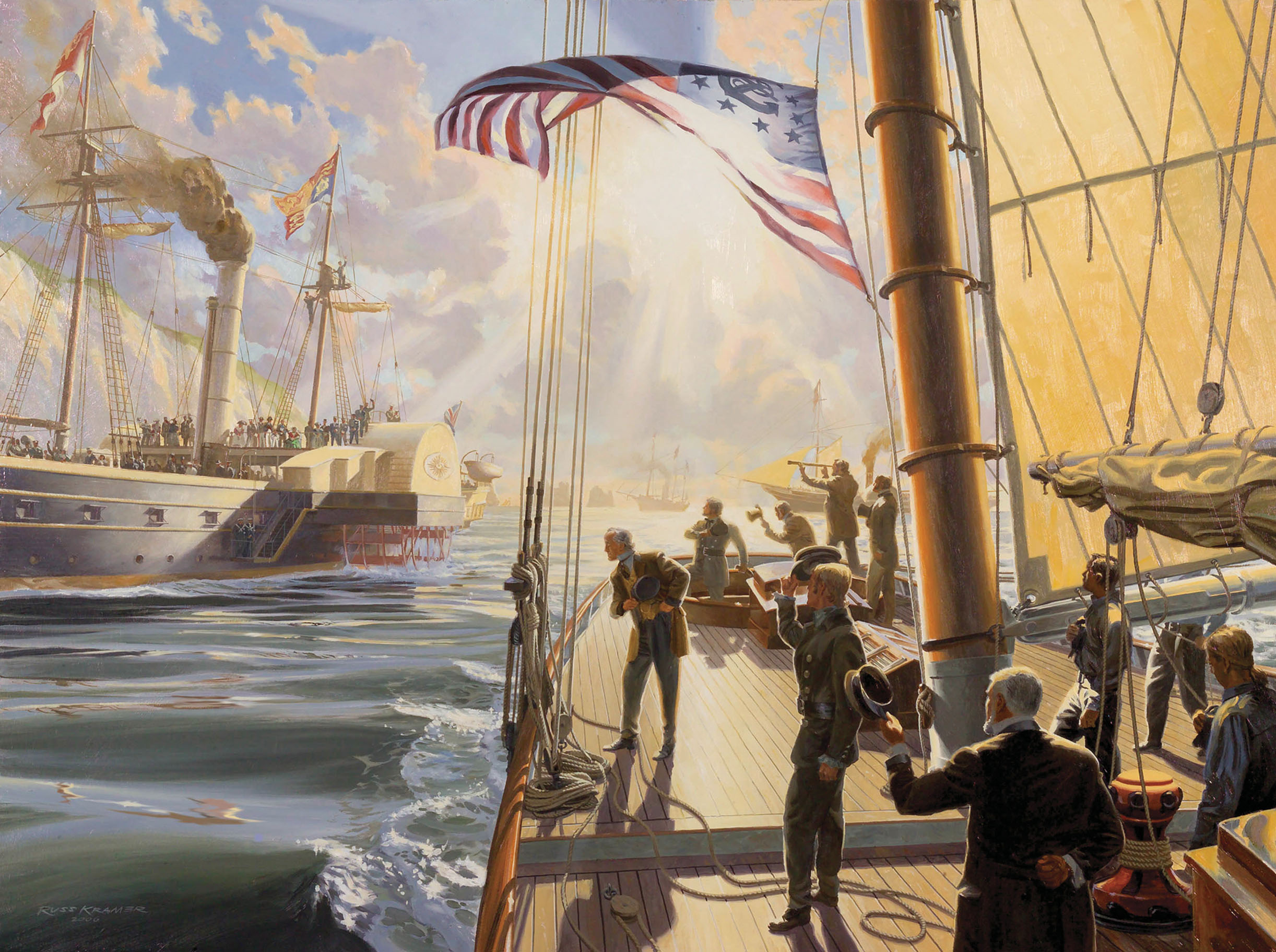 The yacht AMERICA, having left the best of the British fleet far in her wake, closes in on the finish line in a match race around the Isle of Wight which would become known as the first “America’s Cup.” As the Royal Yacht VICTORIA AND ALBERT falls in alongside, New York Yacht Club Commodore and AMERICA owner John Cox Stevens orders the crew to dip her colors and doff their caps to the royal family in gesture of respect and sportsmanship.

America was a 19th-century racing yacht and first winner of the America’s Cup international sailing trophy. The “One Hundred Sovereign Cup” or “£100 Cup,” mistakenly known in America as the “One Hundred Guinea Cup,” the trophy was later renamed after the original winning yacht. On August 22, 1851, America won the Royal Yacht Squadron’s 53-mile race around the Isle of Wight by eighteen minutes. The race was held on August 22, 1851, with a 10:00 AM start for a line of seven schooners and another line of eight. America had a slow start due to a fouled anchor and was well behind when she finally got under way. Within half an hour however, she was in 5th place and gaining.
The eastern shoals of the Isle of Wight are called the Nab Rocks. Traditionally, races would sail around the east (seaward) side of the lightship that marked the edge of the shoal, but one could sail between the lightship and the mainland if they had a knowledgeable pilot.America had such a pilot and he took her down the west (landward) side of the lightship. After the race a contestant protested this action, but was overruled because the official race rules did not specify on which side of the lightship a boat had to pass.

The result of this tactic put America in the lead. She held this lead throughout the rest of the race. At one point the jib boom broke due to a crew error, but it was replaced in fifteen minutes. On the final leg of the race the yacht Aurora closed but was 18 minutes behind when America finished shortly after 6:00 PM. Legend has it that while watching the race, Queen Victoria asked who was second, and received the famous reply: “There is no second, your Majesty.”