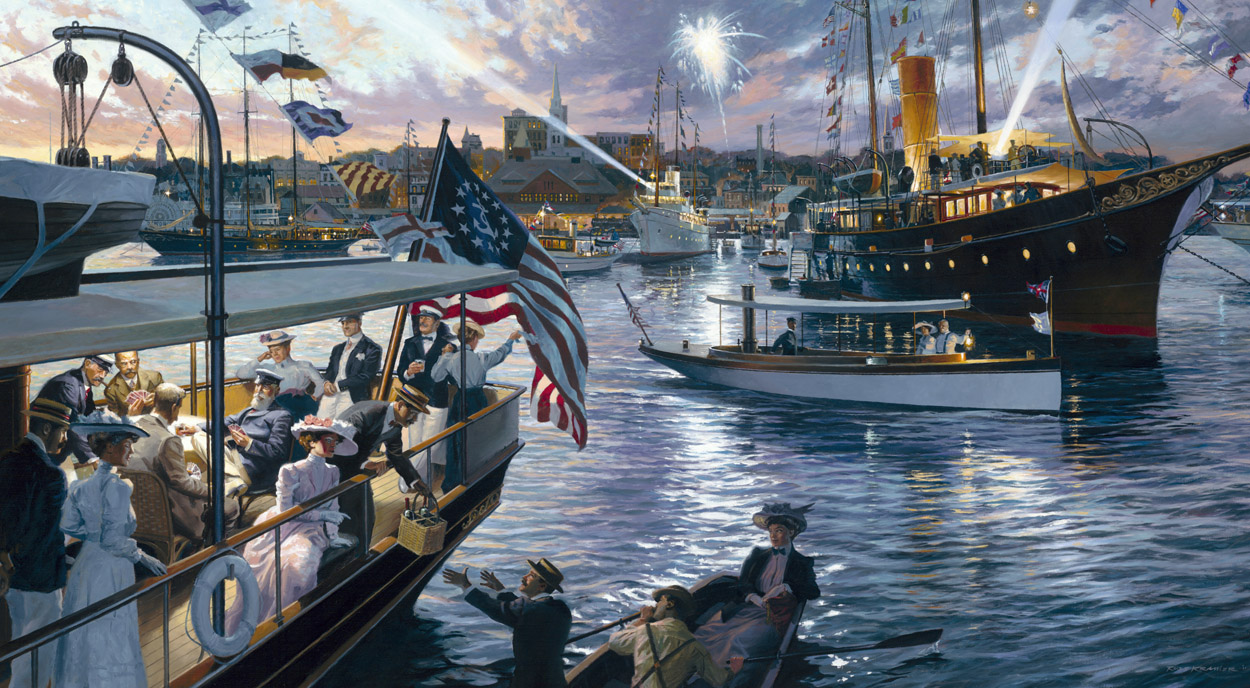 For decades, New London Harbor was a regular stop on the Club’s annual cruise from Glen Cove, NY, to Newport, RI. For many of the sailing yachts, racing by day gave way in the evening to more leisurely pursuits. Ninety-six vessels of all types crowded the harbor that year; at the sundown cannon, signal flags would be stowed and the illuminations soon began, with rockets and searchlights sending their rays among the fleet and along the shores. Among the vessels depicted are ATLANTIC, VIKING, MASPETH, APHRODITE, ELECTRA and the Club’s flagship DIANA, showing her two blue lights at the stern.

Russ writes: “The New York Yacht Club is considering a return to New London in 2011 after a long absence, and I thought it would be interesting to travel back in time and recreate the experience of a hundred years ago. Through extensive research, I was able to accurately depict several of the vessels in attendance, the 1911 skyline — even the weather that evening. The yachtsmen and their intrigues, though, are my own creation; a bit of Edwardian-era historical fiction.”