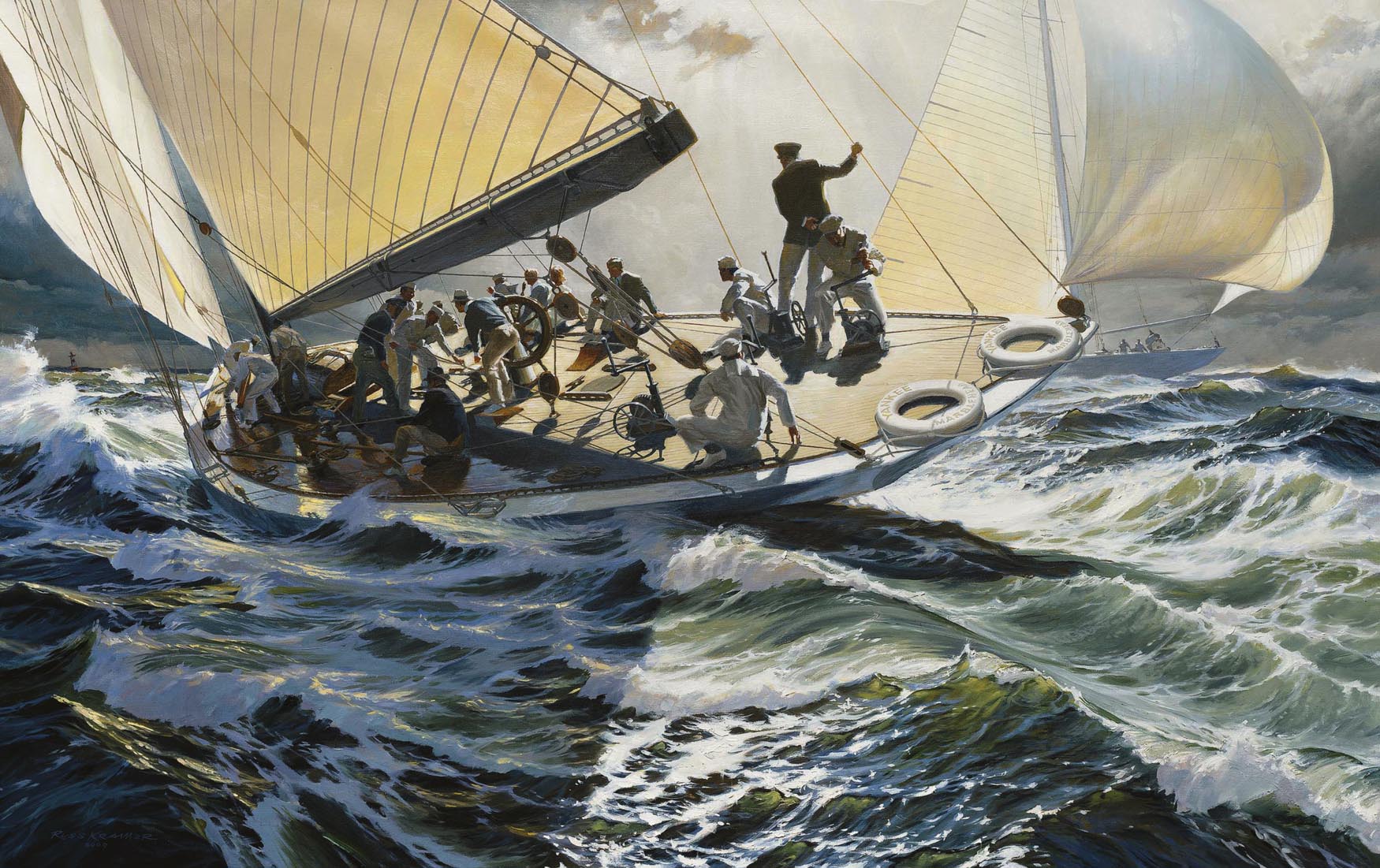 “A Desperate Battle: Yankee Vies to Defend the Cup, 1934”

The America’s Cup trials of 1934 were closer than any before or since. YANKEE, the Boston syndicate boat, under owner Chandler Hovey and helmed by Charles Frances Adams, had the upper hand throughout the Summer. But, after Mike Vanderbilt ordered RAINBOW to be re-ballasted, she soon drew even in matches. All tied up going into the final race, RAINBOW would win it by a single second, and when chosen over YANKEE to defend, it was a crushing blow to the team from Marblehead.

This painting was first exhibited at the 2009 Modern Marine Masters show at The Maritime Gallery at Mystic Seaport, April 2009, and was sold into private collection.