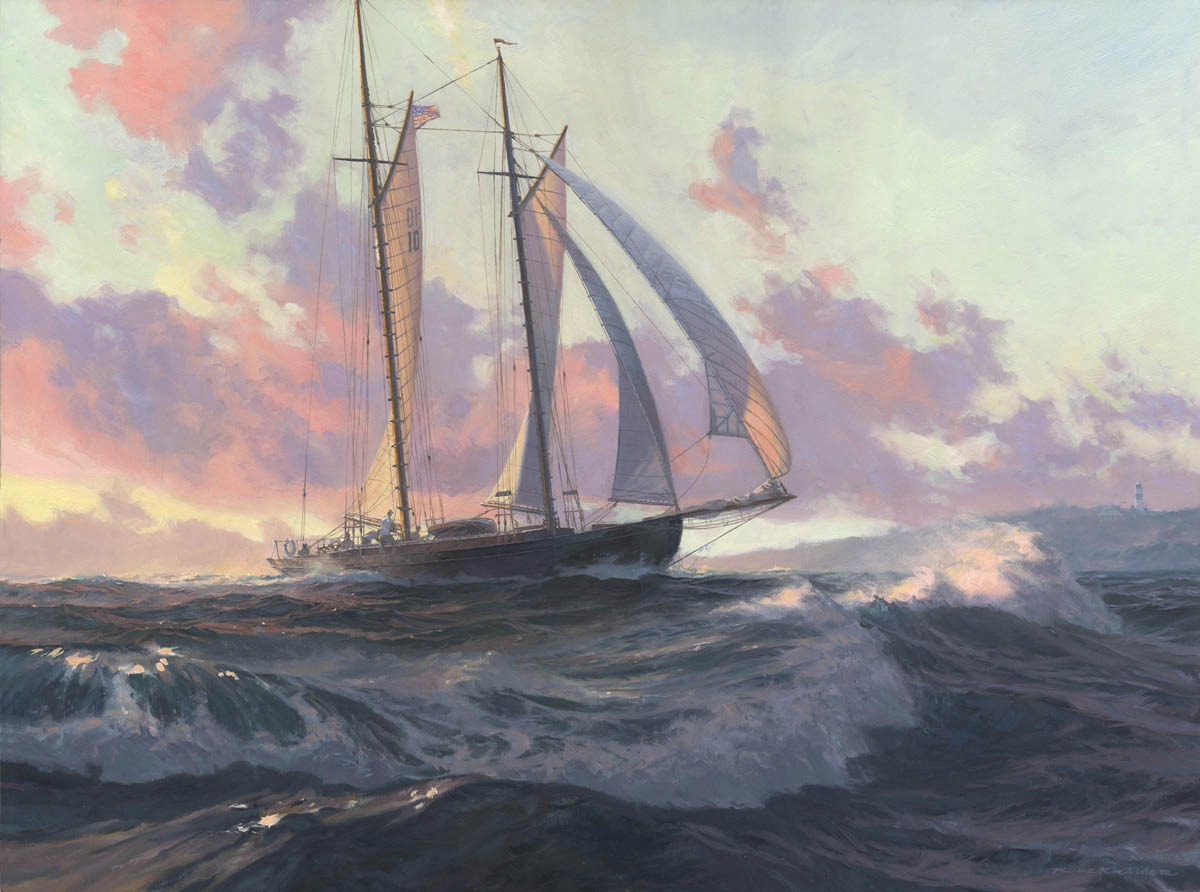 MALABAR X, built in 1930, is the culmination of the evolution of John Alden’s schooners. He kept MALABAR X until 1933 and her record is replete with fine showings in top races. These include a class win over 27 competitors and a fleet second in the 1930 Bermuda Race, and second in a class of 21 boats in the 1931 Cape May Race. Indeed, the “Ten’s” early years were the pinnacle of Alden’s designing and ocean racing career. The top three boats in Class A in the 1930 Bermuda Race were all Alden designs while the top four in the 1932 fleet were Alden schooners. The “Ten” was the end of the MALABAR schooner line, for the next three boats of that name were Yawl-or Ketch-rigged. She is still cruising today.

This original painting is in private collection.