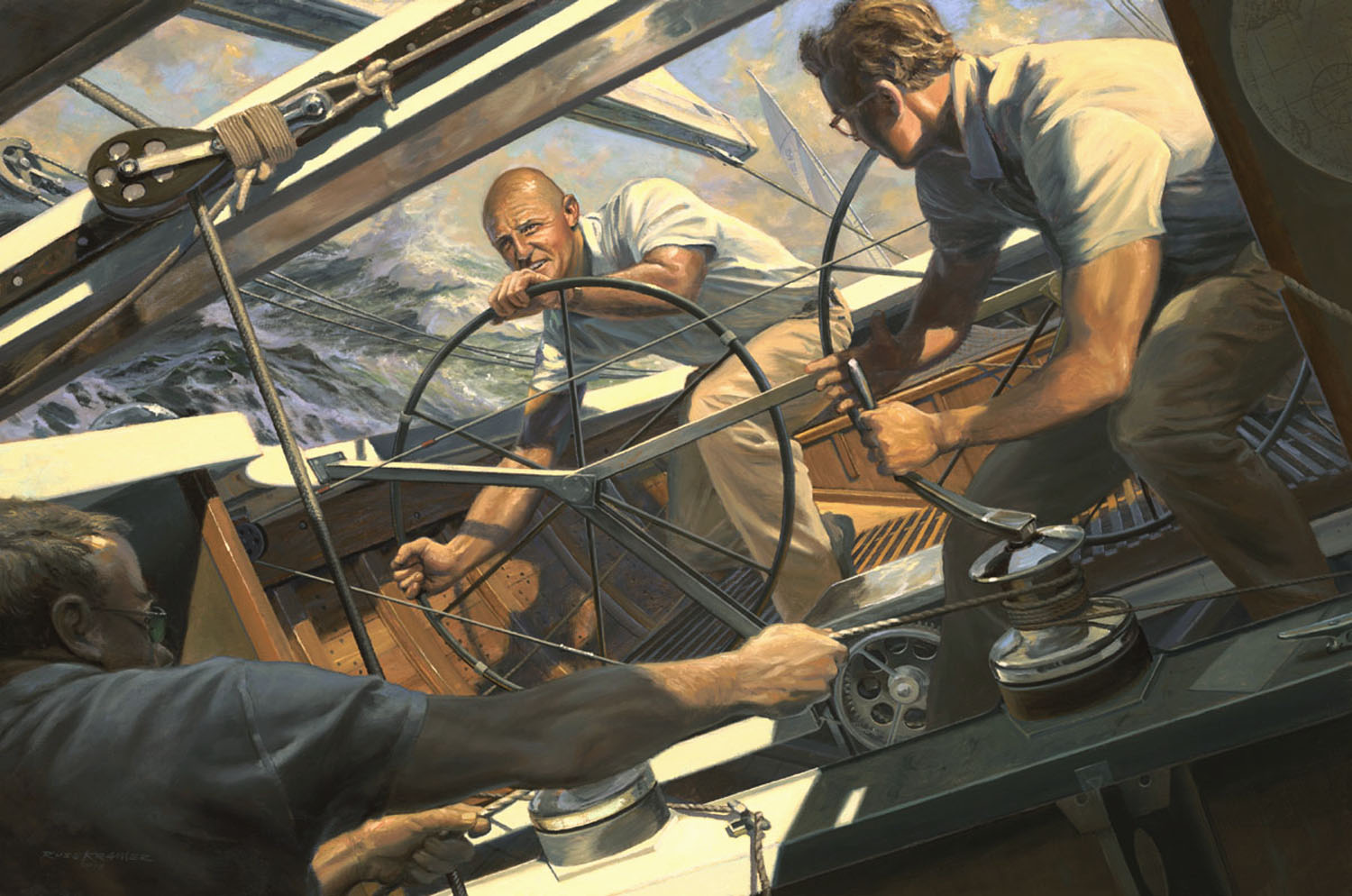 Bill Ficker helms INTREPID during the 1970 defense of the America’s Cup as crew trims a backstay. GRETEL II kept it close throughout despite a troubled challenge. In the end, the American skipper proved his fans’ favorite cheer, “Ficker is Quicker.”

The 12 Meter Intrepid, two-time Defender of the America’s Cup, is one of the most famous racing yachts of all time. Known as “the people’s choice” because of her popular appeal, she remained a competitive America’s Cup contender well into the era of the aluminum Twelves. Intrepid was the last classic wooden yacht to defend The Cup in 1967 and 1970. She has been totally rebuilt and restored to “as new” condition under the direction of America’s Cup Charters partners

This painting was done on commission for a private collection and will appear in the volumes “Art and Artifacts of the America’s Cup” by Hyland Granby.