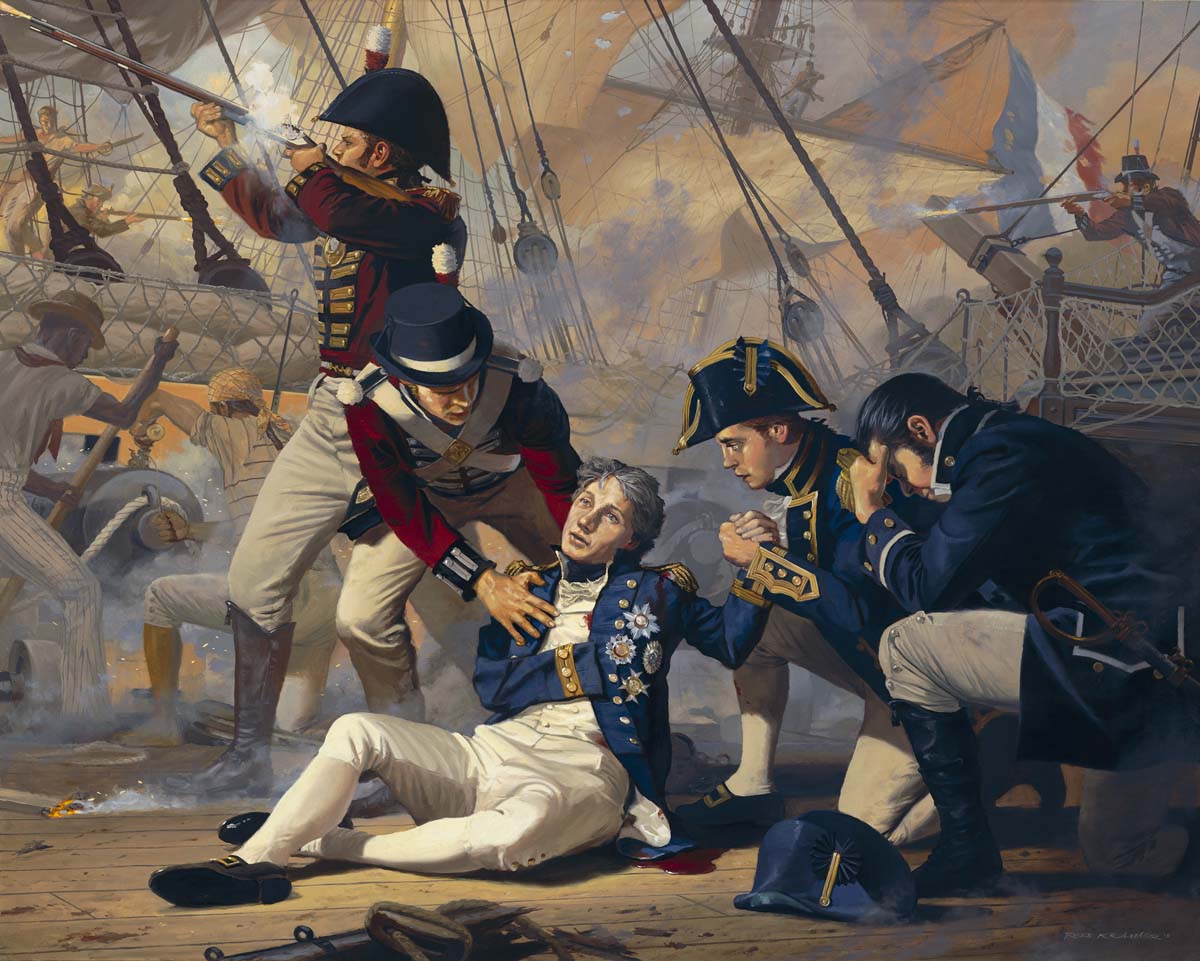 “Thank God I Have Done My Duty” Lord Admiral Nelson Felled at Trafalgar, 1805

On the quarterdeck of the H.M.S. Victory, with the British Royal Navy in a pitched battle against the combined French and Spanish fleet, the great Lord Admiral Horatio Nelson is hit by a fatal musket shot from high in the rigging of an enemy ship. Captain Hardy and the Royal Marines comfort him before he is taken below. He will die a few hours later, knowing the battle has been won, and after uttering a last pronouncement: “Thank God I have done my duty.”

This original painting was done on commission and is in private collection.

For more information on a custom piece for your collection, please see Commissions.