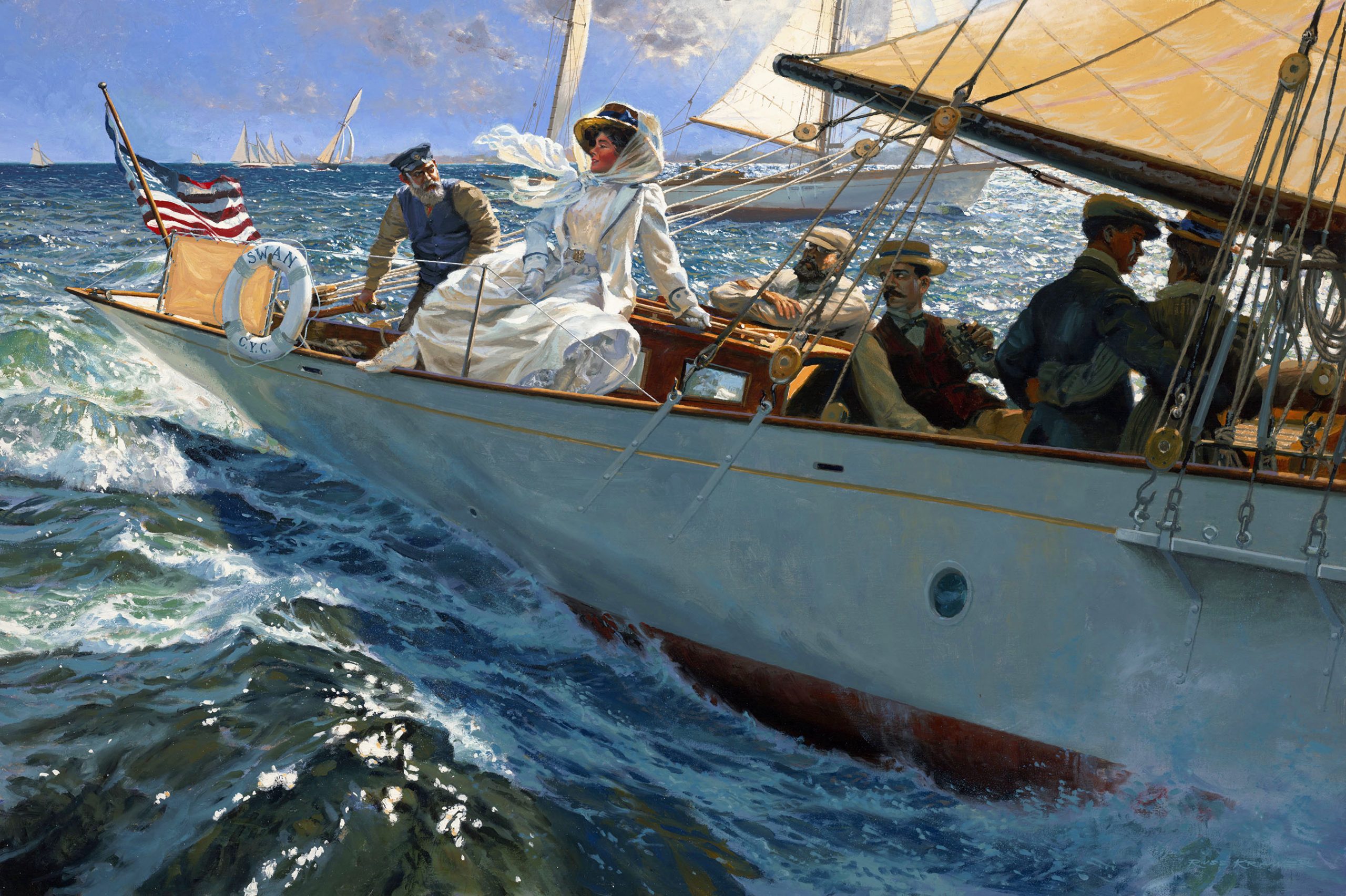 The first Corinthians were residents of the ancient Greek seaport of Corinth. A typical port town, Corinth was described as “a place of proverbial wickedness, energy, riches, noise.” The New Testament portrays them as a little unruly but fully capable of improvement.

Later, In Henry IV Part 1, Shakespeare has young Prince Hal describe himself as “a Corinthian, a lad of mettle, a good boy.”

A Corinthian, then, was a spunky, robust guy or gal. This nickname would have appealed to the young American sailors of the 1870s who were challenging the yachting establishment by sailing their own boats. Until then most yachtsmen had just one well-proven ability, which was to write big checks for professional crews and captains.

The new alternate definition of “yachtsman” as an amateur (“Corinthian”) developed in Britain in the mid-nineteenth century and caught on in America. New Corinthian yacht clubs had fleets of small boats, and the rules required that they be raced only by Corinthian sailors who did all the work, had all the fun, and were paid not a nickel. By the 1920s, the average American yachtsman was a Corinthian “lad of mettle.”

(Adapted from an essay by John Rousmaniere, author of “The Annapolis Book of Seamanship” and other books.)

In this romanticized scene, the lady onboard is clearly enjoying the action, while her gentlemen friends are perhaps skeptical of her sportswear choices.