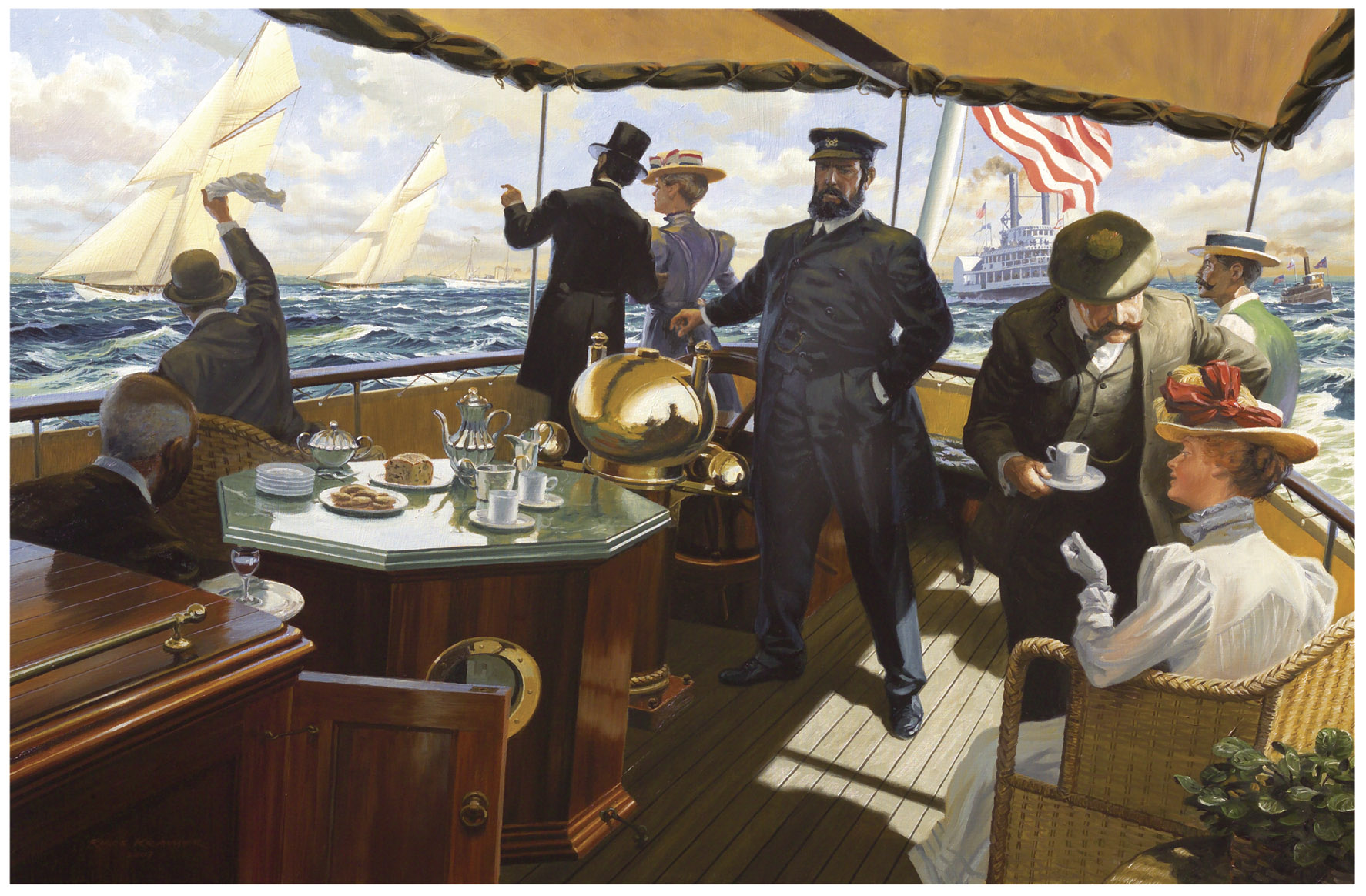 Guests aboard a motor yacht have a front-row seat to watch COLUMBIA and SHAMROCK II vie for the America’s Cup, 28 September, 1901.

In those days, raucous spectator fleets would crowd the challengers; this captain is determined to keep his vessel ahead of the fray.

Russ Kramer writes: “Imagine what it must have been like to observe – up close – these giant racing machines, under massive canvas, reaching full speed in a fresh breeze. Held just outside New York Harbor, early America’s Cup contests would draw hundreds of spectator craft. What better way to watch the race than from a fast and fashionable motor yacht, under the vigilant command of a veteran captain, white glove service at your beck and call?”

This painting was featured in the 2007 Modern Marine Masters Exhibition at Mystic Seaport and is now in private collection.