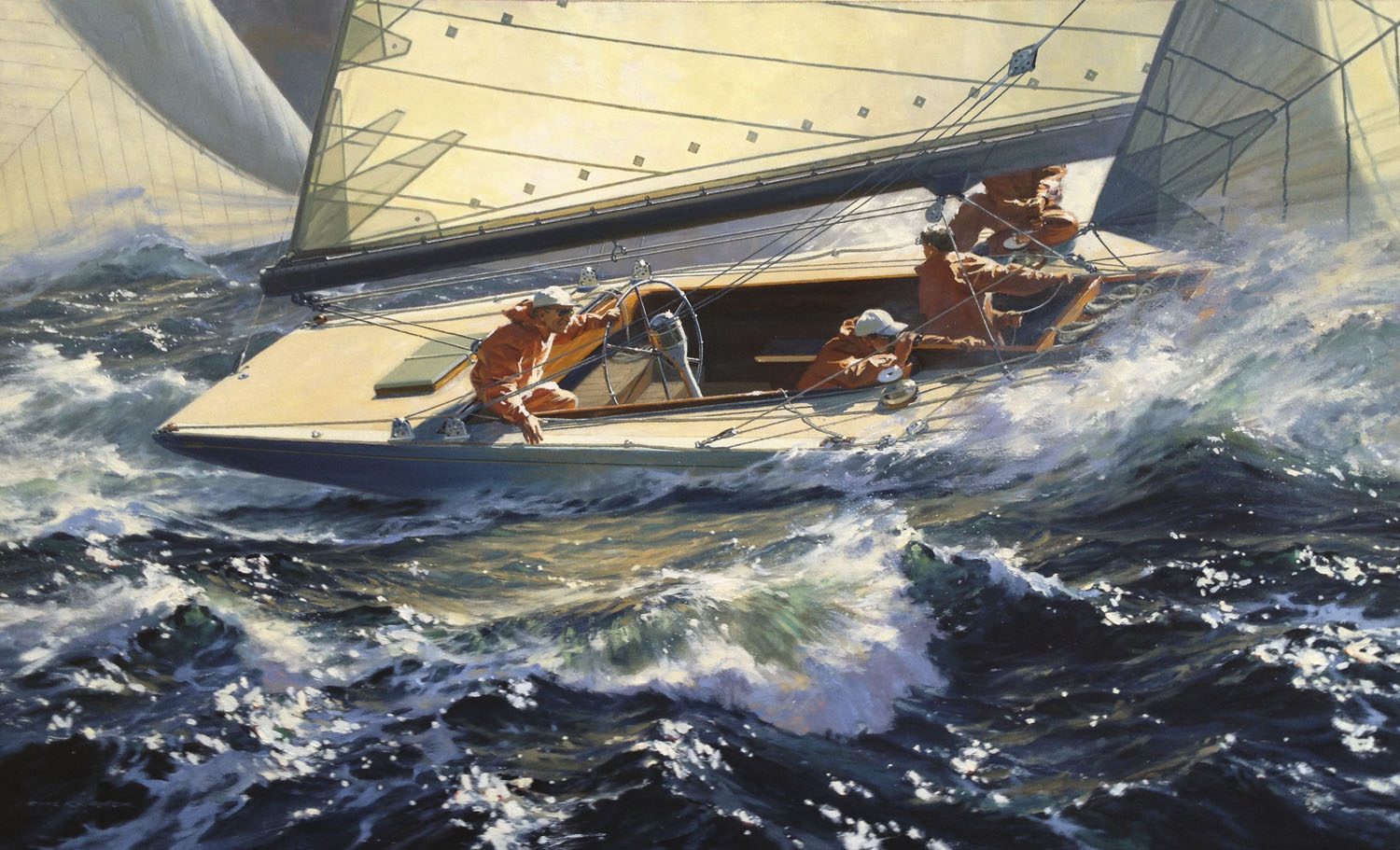 Bus Mosbacher helms WEATHERLY in a successful defense of the America’s Cup against the first Australian challenger, GRETEL. When asked the most importand factor in determining a winner among closely matched 12-meters, Mosbacher replied “the crew comes first”.

The swift and graceful America’s Cup Defender Weatherly is the only vessel in history to win the Cup without doing so when new. Built in 1958, the legendary Emil “Bus” Mosbacher brought her back in ’62 to defeat Gretel, the first Australian America’s Cup Challenger. She was a favorite of President and Mrs. Kennedy, who closely followed the 1962 Twelve Meter racing season from their summer home at Hammersmith Farm in Newport.

The acclaimed yacht designer Philip Rhodes, designed only one 12 Meter in his career, the Cup winner Weatherly! She is stunning to see under sail, with the long overhangs and finely tapered ends of a classic. Beautifully appointed below decks, she glistens with raised mahogany paneling, tufted leather seating, and the warm glow of varnished wood. Source: America’s Cup Charters