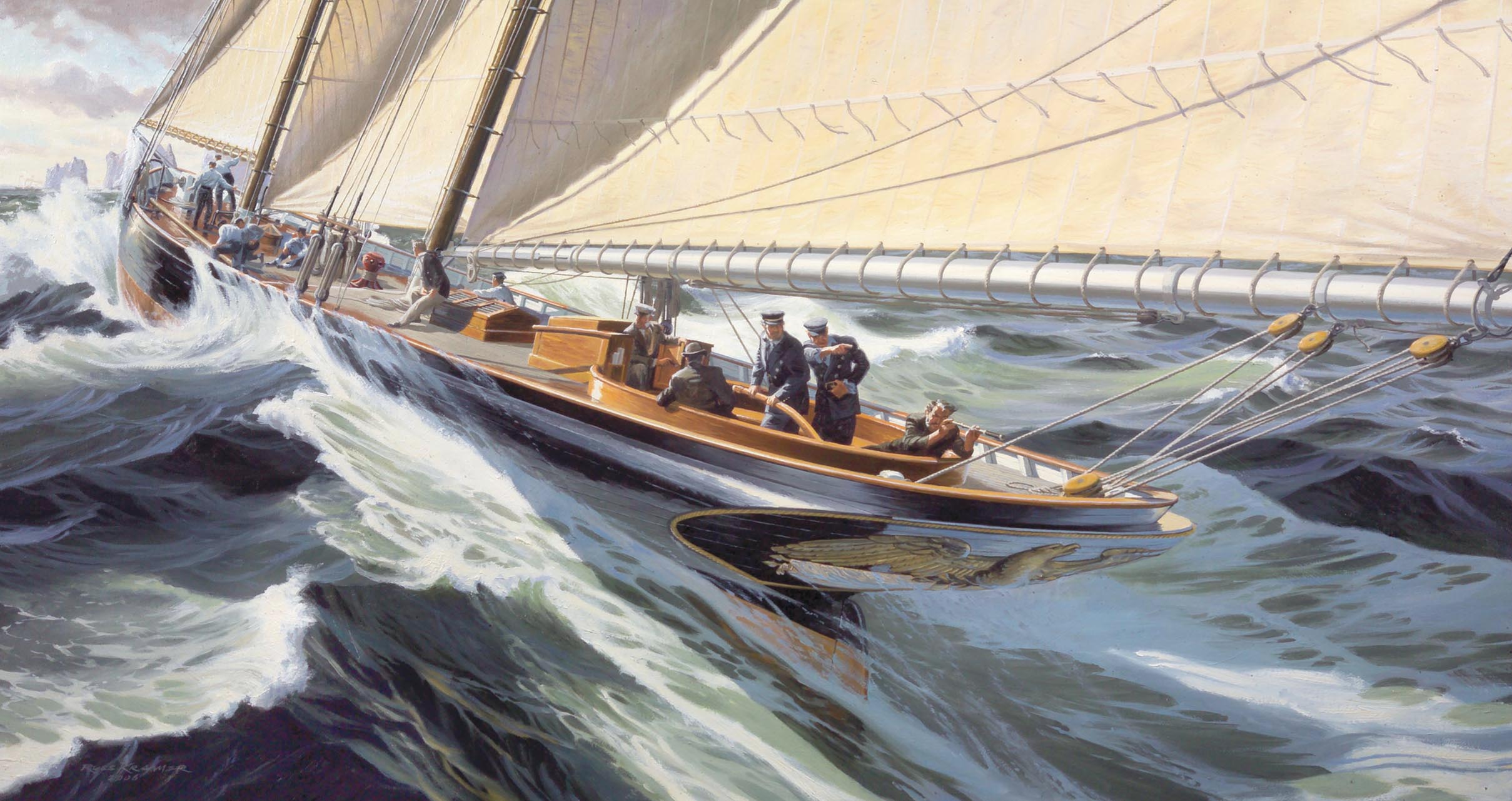 The yacht AMERICA approaches The Needles near the end of the 1851 match race around the Isle of Wight against the elite of the British racing fleet, the nearest of them miles behind. Legend has it that when told who won, Queen Victoria asked “who is second?” and was told, “Madame, there is no second place.”

This original painting was shown and sold into private collection at the 2006 Modern Marine Masters exhibition at the Maritime Gallery at Mystic Seaport.